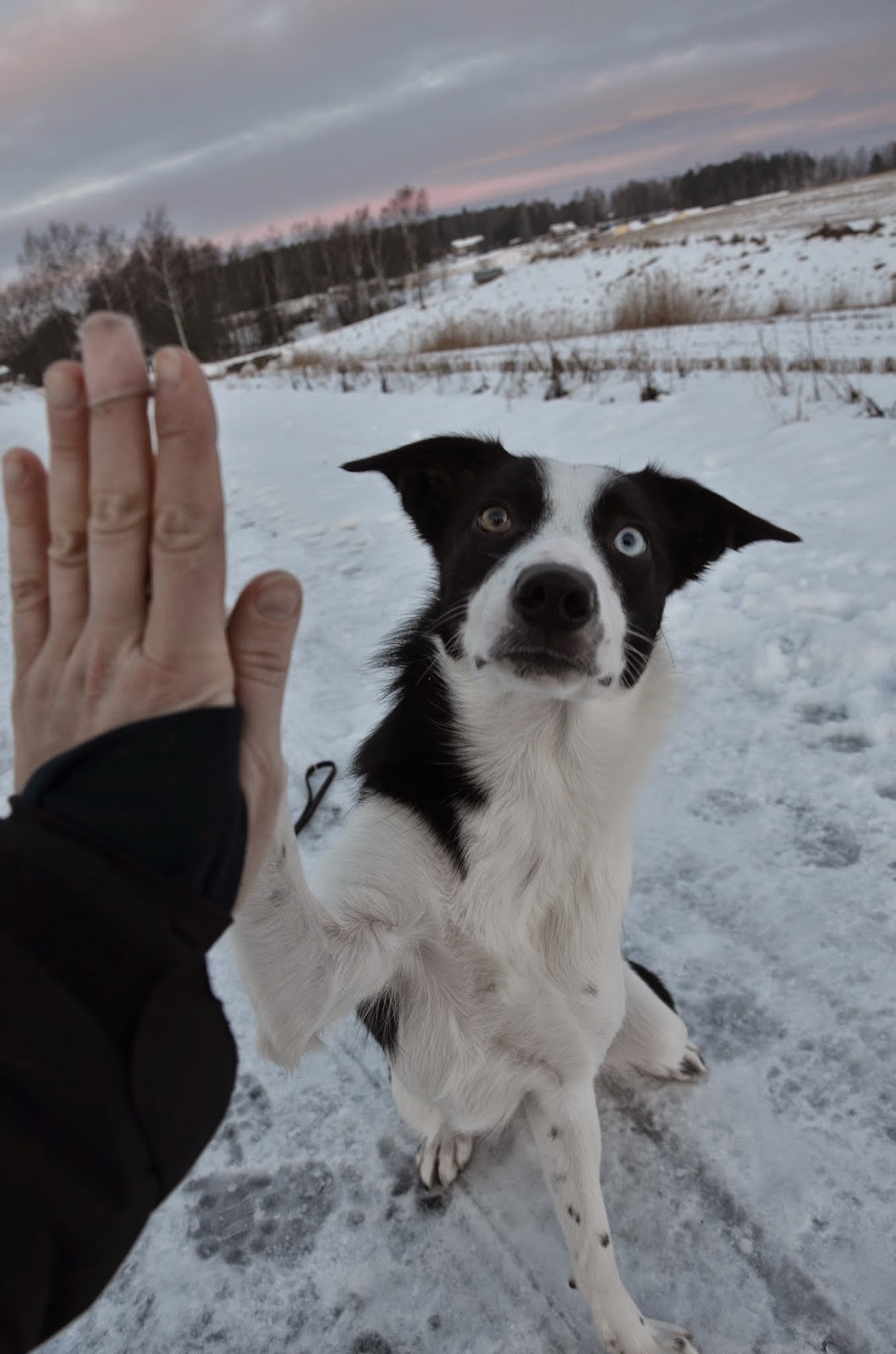 How we train dogs can affect their behavior and how they will perform in competition fields. Traditional training is correction based and uses force or vocal note to mark unwanted behavior.  Correction is followed by reward when dog corrects its behavior. This method makes dogs want to avoid misbehavior but also stops them to try something new. Correction based method makes sensitive dogs react to mistakes by lowering their drive or end the working all together. These dogs learn also very quickly that in competition handlers can’t correct them. This can lead to unwanted performance. Any kind of correction can make dog work in tense mode which shows in the dog posture and the dog uses often calming signals. Correction training has produced winners in many dog sports and also used every day in the horse world. This has been the way training animals for a long time but there has been a new way scientific way from 1930’s.

Skinner made his famous Skinner Box test in end of 1930’s. In this test rats got treats by push a lever. This test was continued to a point where the rats got food by pressing the lever when a mark light was on. So the rats learned how they could earn food. These very simple tests lead to a teaching revolution in animals. Animals can learn to control their environment which means they learn tasks to earn rewards = control their environment. This idea is the king idea of clicker training. Animals will enjoy the idea that they can affect what happens.

Think you have a pool full of dolphins. How would you train them? Could you use whip like you use with horses or could you use a metal chain that you use with your dogs? These might not been the thought of Karen Pryor when she was faced with a new challenge to train sea mammals that never had been trained before. She needed create a connection between her and the animals to be able to train with them. It started with a bucket of fish and a whistle. The rest is history. Karen became one of the leading dolphin trainers and learned to use operant training more and more effectively. Soon she started to apply these training rules to other animals. It has been super to read how Karen applied this very simple way training to wolves and other animals. Karen Pryor had opened a window to the animal mind.

Operant training has been in the world for almost 85 years and still it’s unknown or unused by animal trainers. It is simple and it has been shown to work in any dog sport, zoo, humans, fish etc. So what can make people understand how this simple way it just pure magic? The training itself is very simple and boring in the end – you get what you will reward. Why make it any harder? The moment you see you dog or horse get the light bulb moment – you will learn what the magic means. You have opened a window to your pets mind.

As last words for correction trainers, how would you correct a killer whale for misbehavior? I would like see you going in to pool and slap a killer whale. In the end skilful trainer can make a killer whale to do many things. So think you dog as the killer whale and find a more wise way to make you dog do as wanted. The dog is listening if let it learn and try.

That's all for now!!