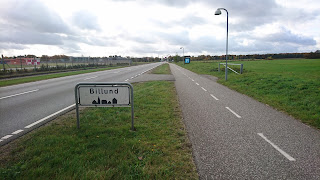 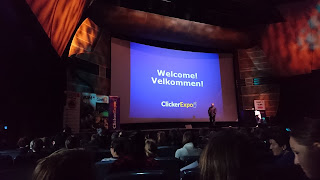 It's been a cool to be back CE. Lots new people to meet and new things to learn. At opening session Ken Ramirez talk about the butterfly effect - a small swing of wing of butter fly can create a storm. This he used as metaphor how we can be part effect and spred the word around about positive training. Also he talked about being open minded so we would shut down people with different view from our clicker community. He talked about clicker training coming sometimes to cult kind training that judges other methods and shuts down to communication with different kind of training groups. I think this could improved everywhere. In Finland we have also people that judges other because their training background. Learning is process that should be open everyone without judgement. So lets welcome everyone to learn more and not judge people what they have done in past. 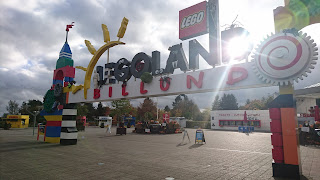 My first session was with Ken Ramirez. Topic was multiple animals in house hold. He talked about how managed training session and gave different tools handle it. One basic tool was to use different shaped stationing mats. This application you could use everywhere and have a nice training set up multiple dogs. Other thing he underlined that all dogs should feel like they had the most attention and by doing that you could reduce aggression and other bad behavior issues during your training session. Dog can feel envy if the other dog gets more attention which can lead food aggression or etc. One thing Ken also emphasized was you have treat/give attention to the dogs that "do nothing" because they are waiting patiently to their turn. He showed lots of different ways to make the training session fair to each learner. We also went through some way to make dogs or animals work in the same time. I got lots tips to improve my training session because I train both of my dogs together all the time. 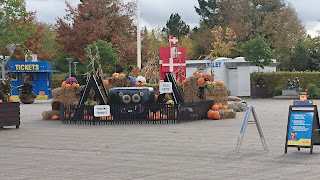 Last he showed a introduction protocol. First Ken showed a example clip how they introduced new dolphin in the aquarium to new pack. All of the animals did first basic training, then they started to do basic training. So that they saw it's other behind a fence. Gradually they worked some task together over fence like target training. After this basic training was done without the fence and then finally animals started work together in the same pool. This introduction gave them time learn about each other and work together which made final grouping easier. This protocol had helped to prevent aggression and fear when introducing a new animal in to pack.

Next Ken shared with us project where they had used this protocol with highly aggressive dogs. In this project they had 9 trainers working with this protocol to introduce three very aggressive dogs to each other. Even though this project had taken huge mount of man power and time 2,5 years, it was amazing to see former fighting dog that wanted kill any dog in sight to learn to play with them. Project gave a little peak that even the most aggressive can be change to better. Although this amount time and man power isn't realistic to conduct in real life but this study gives hope that we can change even the most aggressive animal to better. I hope this work continues! This introduction protocol has been very effective in everyday use with less aggressive case than they used in this study.
So this was just quick note from the morning part of the day.

First afternoon session I had Emma Parsons lecture of reducing fear and aggression against people. In this lecture we went through training protocol how to teach dog stay under threshold and learn how to have alternative reacting strategies. Actually this protocol was pretty familiar to me because I had used it Freya. Doing first at looking that game and then making other greeting alternatives is a very effective way to teach to dog to relax and take in information calmly. Reactivity can be reduced and then help the dog gather information first. It's like change the dogs way of thinking.

Last I had lecture of Simplifying Complex tools with Ken Ramirez. This was a interactive lesson. Ken first introduced the topics we could talk about and then voted what we wanted learn more deeply. Topics were: Jackpot, Keep going signal, Time out, Non reinforcement marker (NRM), End of Session marker, Least Reinforcing Signal (LRS), Recall Signall, Chained Behavior and Differential reinforcement (DRA). Room first choose Keep going signal, then LRS and End of Session signals. So here is little bits of everything.

Keep going signal is training tool that has no real science base. Although there are many practical example. KGS can be continued praise or sound or something that makes the animal keep doing what it's doing. It is debated if its necessary to use. Behaviors can be trained to have stamina and endurance of long work without reinforcement. In army (Bailey 2007) they used a sound to control the dogs movements so it would move until the sound stopped and then had to turn until the sound started again cuing a go signal. Many of us might use KGS in form a continuing praise and some behaviors might be feared to stop with out KGS. I think in the end it's up our training do we needed. If you train well back chained behavior or endurance to long working time task like tracking you don't need to have KGS. Some KGS can even work as a punisher when it has purpose of telling that animals behavior made to KGS stop and reward is not available anymore.

Second Ken told about LRS which is one the tools to have errorless learining circuit. LRS used when animal makes mistake then you have 3-5 sec pause (micro pause). During this pause trainers don't change their response or change environment. During pause animal should do a default position if its trained well. After pause you ask LRS which is something easy and simple task that the animal can do like target training. Goal is not to interrup the rhythm of reinforment and not to cause frustration to the animal. LRS is proven scientifically to work and help the learining process to be more effective. This is good basic skills to have when you doing positive training.

Last Ken talked about End of session - signal. This has no scientific background. Although many of use it to let the animal do their thing or stop the animal to keep offering behaviors. Ken showed us a film where they worked with sea lion as example that with dangerous animals this kind of signal could be dangerous. Animal might not think that session shouldn't end and reinforcement should be gone this and this could lead to trying to the trainer going out of the training area. With dog this isn't the case but do we need it? Does it really make difference? I think many of our animals learn when to work with us and when not from our behavior. Most of have routines how we end training - some might give water or play longer or take the dog to walk. I have used "go free" as  end of session signal. This means my both dogs can go and play together. This doesn't really make a difference to our actual training but it is routine we are used of doing.

In the evening we had a net working event. I had so much fun and I met a lot of new people from all over the world. Lots of talk about training and dog sport.. What else can ask?? :D So a wonderfull first day!!! Next post from the second day....

That's all from the first day!