It has been a very long time since an update to my blog. I have been sick for 1,5 months and I still have some symptoms of a flu. I hope it will start getting better and we get to finally start our agility season. I have lost a lot time of getting myself fit again. Dogs have also had again some vacation from work but we have done some progress in obedience with both of them.

It was so exciting to take another a new dog to its first trial. Freya had worked pretty well in training. She had had a problem with guidance person giving commands in standing in heel work.  I hoped that the problem was solved but it turned out to be our only mistake. Freya worked really well in the ring even though she really pulled me in with the leash. Ring entry really was our biggest homework from our first ob trial. Overall I was very pleased to see that Freya worked really well the whole time.


Our next goal is a National Champion Ships. Freya will be part of team and she will compete again in the beginner class. We have been working on with our problem areas and also done some work with higher level tasks. It has been a pure joy working with her. She just wants to do her best and she learns super fast. I think this route to ob champion will be a cool one.


Freya has started her scent discrimination work with looking for a one bar that has been hidden in a grass or snow. Next step was to put more bars around own one. I did this first with a net so that the untouched ones were under a net. This went pretty well. Next I just tried what she would do if I put a lot bars on a sand field. Not a good idea! Freya took 3 bars at the same time in her mouth. I really needed reset the situation. Then I put the bars on a grass and hid the own bar. This time time she brought me first a wrong bar. This one I just ignored and I send her again to find the right one. This time she found the right one and I was trilled!!! Still a lot of work to do but I think I'm clearing the idea of scent discrimination to her. I hope at least. 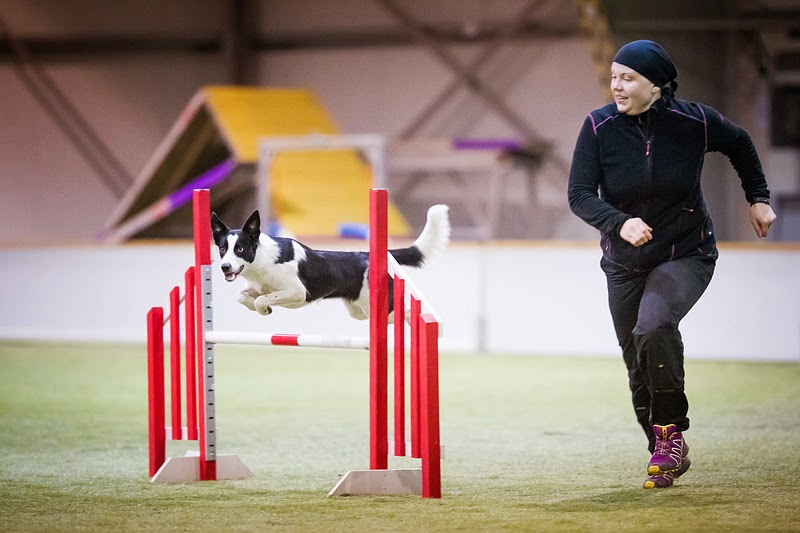 Both girls have worked on agility a little bit. Freya has done contact and jump work. In jumping we have sharped our skills in different handling maneuvers. She has had a little bit of problem of jumping smoothly in German turn. Her jumping from left canter is a little bit different but when changed her reward spot I could get the jumping technique that I wanted. Lots of little things to improve but Freya is doing agility courses pretty well. She starts to really feel like a competition dog. 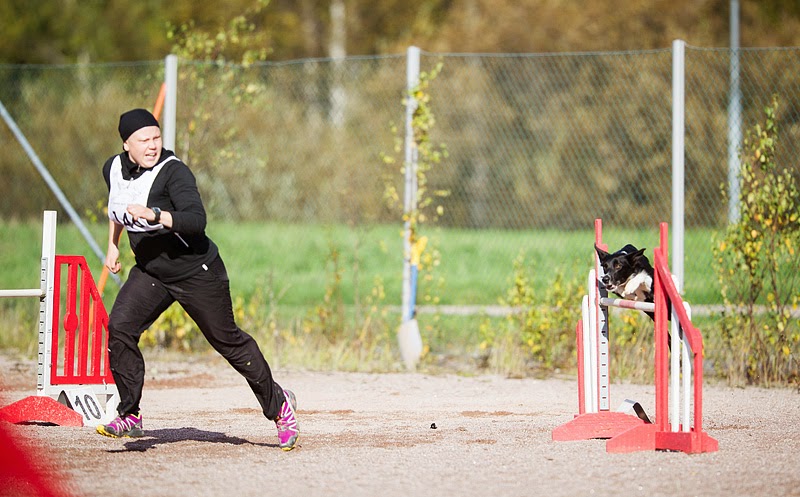 Pixie has improved with her start line stays a lot. She have had a problem of leaving too early and I made her stop running courses every time she took too early. I used negative punishment as technique this means I took some that she wants away from her. I needed to do this in competitions and it cost me some serious money but we have finally results. She has been sitting nicely for a few competition weekends. This has been a very waited change. Our next target is bar work. I have planning of stopping her runs every time she drops bar. Pixie can be a little too careless with bar work. She has a super jumping style but sometimes she just don't take time to make a neat jump. So lots of work on that area.

Here is video of Pixie doing a nice run with one bar down:

That's all for now!! Just quick note after long brake!