Trip to Sweden with Silja Galaxy

This first boat trip to Pixie and Freya. We had cabin with two beds and bathroom which was near to the dog dec and the car dec. It was made easy to travel with the dogs on the boat. Our first stop on the ship was breakfast buffet. This was a pretty ok and they had a lot things to choose from. So you got stomach full and ready for a morning nap. ;) On the ship they have also few gift shops and tax free area were you can buy candy and alcohol. They also have a make up and parfum shop but you must tolerate the strong smells because of the parfum section. Ship also stops in Åland which is a island right by the Finnish border. This is also demilitarized area. This is very nice place to rent a bike and drive around.

Freya and Pixie slept most of the trip. We took them to watch a little part of the Swedish archipelago on the dec. Both girls were just fine and trained a little bit with them on the dec. They had a little litter box for the dogs but as I thought both my girls just ignored it. 30 min before we arrived to Stockholm we went back to the car to wait for time we got out of the ship. After that we headed to near by dog park to take the dogs for a walk. This park was only 5 min away from the harbor. Thanks Heidi for the tip!!! Only problem we had was loose dogs that got scent of Freyas heat. Thank god nothing happen but we had some tens moments.

Our next destination was Norrköping and Hotel Albatros. It tooks us about two hours to drive. This hotel was really small but they had really nice rooms and super breakfast. Here we stayed for two nights so that we could visit Kolmården the biggest zoo in Scandinavia. I managed to find nice park and walking routes were I could take the dogs. I also took them to a big grass field to run and train obedience. In Sweden there seems to be a lot nice grass field everywhere. So I just so nice training fields all over.

On Tuesday we headed for Kolmården. It took us about 20 min drive from Norrköping. I have been dreaming of visiting this zoo since childhood so it nice to finally be there. From the entrance on the whole park was planed pretty nicely. All the walking ways were covered with concrete so it could have been easy to walk with wheelchair or baby carriage. The park had nice map and program leaflet where you could see all the happenings in the park. Most of the team areas had a show or info made by the caregivers of the animals that lived there. 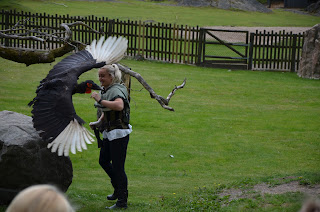 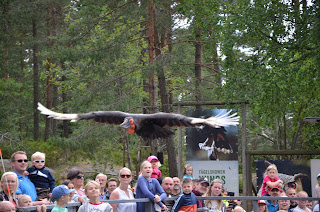 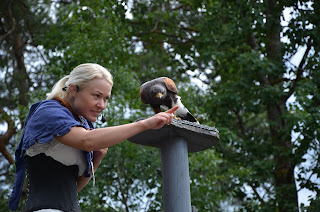 We went first to see a bird show where they showed some predator bird that flied free around the area. The show started with big bird flying from wood straight over the audience. This was amazing! It still gives me goose bumps. This was experiment that almost made me cry. It was just overwhelming. It was so cool the watch how handlers signal birds fly different places and do some tricks. They used ultra sound whistle to signal the birds and they had treat bags on their hips. As a animal trainer this was very interesting to watch. My only thought was how become a trainer like them? It would be amazing to teach people about the animals and living and at the same time show them how the animal move and work. This show is highly recommended to see if you visit Kolmården. 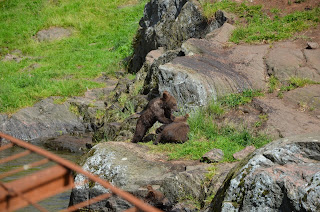 Other animals were also interesting to watch. Bears gave the best show in the whole park both in they smaller enclosure and on the Safari trip. Kolmården specialty is the Safari trip where you take a gondola ride over big enclosures where the animals can live pretty freely. There you can see lions, giraffes, antelopes (lost of species), moose and so on. It was nice to see big areas for the animals be in. The gondola didn't seems to bother them at all. Ride has also a story telling the whole way so you could here little facts about the animals and the area they live in the wild. This was available in four languages.

Kolmården has also a dolphin and a seal show but this is something I don't want to be a part of. Ocean animals don't belong to the zoo. There is no need to keep them there for conservation. These animals are born to swim long ways and are highly intelligent. We have no reason to keep them in captivity. 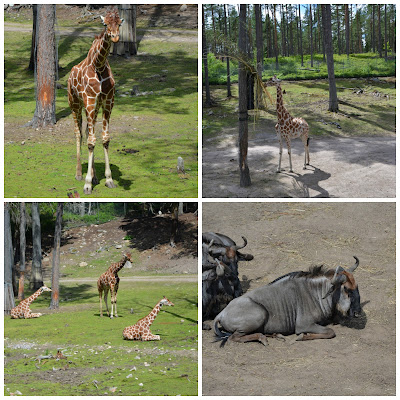 In the evening we visited the Norrköping city center. We found most amazing food place and some beautiful views of the city. Here are some pics from the Norrköping. 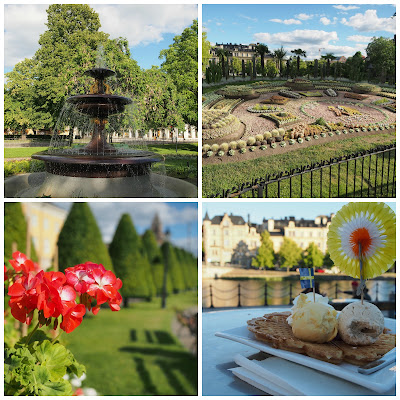 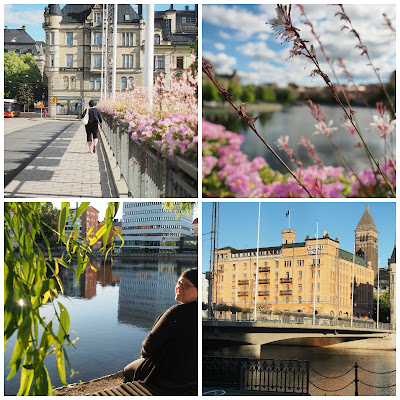 That's all for now!! Next part is from our trip Öland and it's nature trails.

Email ThisBlogThis!Share to TwitterShare to FacebookShare to Pinterest
Labels: DaniaCup2017