Long spring with lot of changes

It's been long time since I have been writing. So much has happened during this spring. Our team moved to Turku for better training and competing opportunities. Time started like a fairy tale. Pixie won big agility class and showed that she has potential to be high class agility dog. It was just a little light. Pixie has been working like a dream. I have developed serious problem not to been able concentrate during runs. So we have been working my mind to make little steadier.

It's been really hard to see runs turning to DQ just because of my mind hurry go forward. I have had trouble of keeping thought on the run and on dog especially. In Pixies case the second you forget her, she will be gone like a wind doing best she sees. There was point of braking when we had enough DQs. I had to think things in a new way and put all my thoughts together in different way. We have come long way as team, but I need still time let it all sink in what we have learned since we moved in Turku. I have thank Jaakko and Janita so much of keeping us on the track of becoming a better handler in training and in competitions. Still lot to do but the mind is moving forward and skills are developing. I just have to give myself some time to figured all out. I'm not natural talent in agility but my dreams and my perfect Pixie, will keep me working to the ultimate goal. 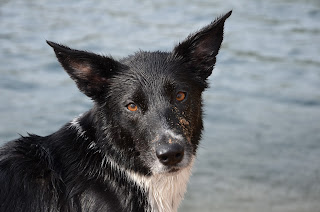 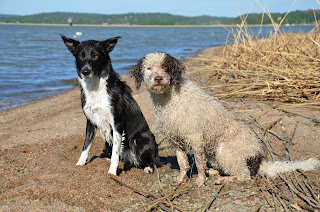 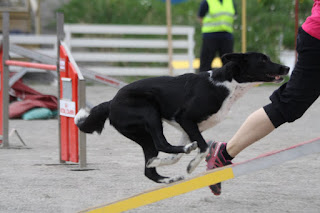