We had a nice competition last weekend. First course we took one bar, even though we had a change to do it again. Other it felt very easy and smooth ride. On the second course I handled Pixie to a wrong tunnel so no stories from there. Last we had a jumping course. It was very fast and straight lined. We might have our most perfect run. Pixie worked like a charm. I waited on the right spots and Pixie turned really tight. The reward was a winning run (1./69!!!!!!). I really felt like million dollars! Here are some photos taken by Jukka Pätynen (Koirakuvat) 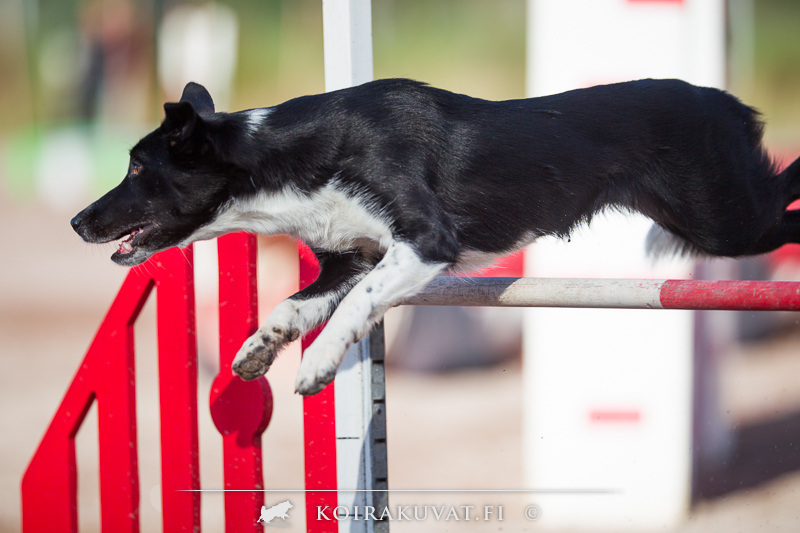 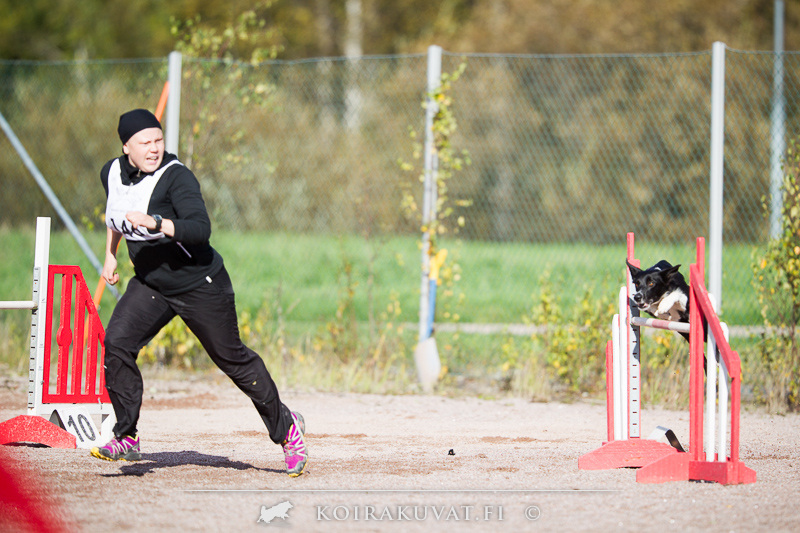 Freya has also done agility and she getting better and better. Sometimes she still little unsure but when she get the point she goes with will speed. In running dog-walk she just discovered jumping from high over the contact zone. So we have had little conversation about that but after a few tries without reward she started to get the point- it better run all the way down. :D Here is some video of our and also some work with Louise.

Freya had her first group training in ob. She did really good even though we had problems with her social behavior. She just wanted to meet everybody so I had to reward her a lot to keep her focus on me even though she went by another dog team. She did really nice training with "box" and Freya is starting find the right spot. Soon she can start doing the box from longer distance. She also did some nice heal work and recall training. Laying down is still a little hard task for her. Why should anyone be 2 min in one place?? There we have a big job to make it reliable. This time she was also heard two different gun shots and she was fine with them so at this point I could say she ok with shooting.

Pixie also did some working dog trial ob. Sending forward started to work but she still turn only side ways and not straight back to me when she goes down. I have used to toys, one in the end, one as a reward from turning. I guess I just have to do little bit more to make her turn back at me on a straight line.

Her retrieve has been successfully change to coming back in front of me. Also recall has been changed so that she come first in front of me. I have just used clicker to make this new place a super place. I have train everything ready in my living room and after this I have use these new cues in open field training. This change have been pretty easy but I know that old things might come up when she gets little unsure. So more work in different places and situations should do the trick.