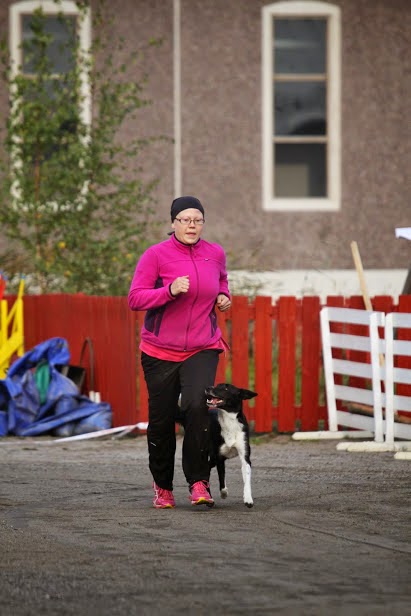 Pixie has improved a lot in ob. Her drive in heal work has gone much much better. I have also been able make metal object retrieve better even though she hates the metal dumbbell. It has been just perfect when doing the more moving task but yet again laying down and sitting was just terrible. She just went to Hawaii island and didn't do them in competition. She just dropped down from sitting and took a side way position in lying down. She just simple hates in being in one place and wait. Otherwise Pixie did pretty good last competition in OB. We will stop competing in ob because the next stage would be National team and in Finland we have the world’s best team. I just don’t have the energy work with Pixie in that level. She is little too steady dog to be super obedience dog. 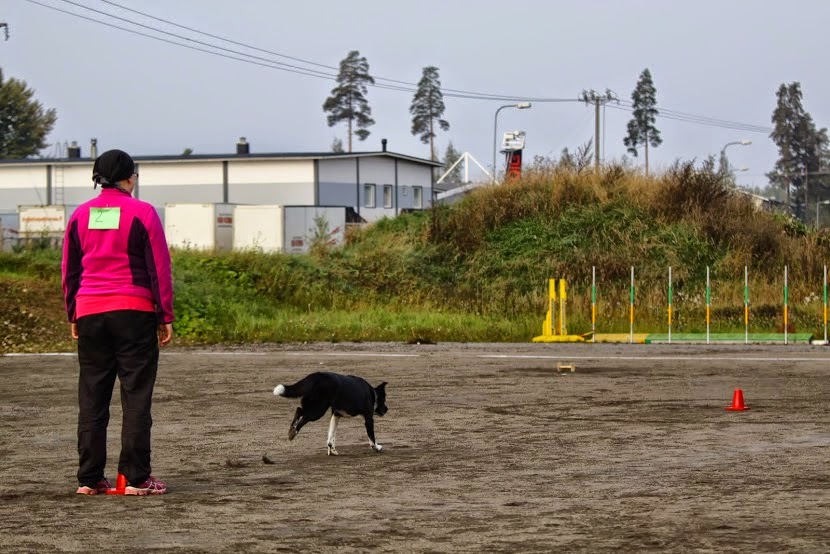 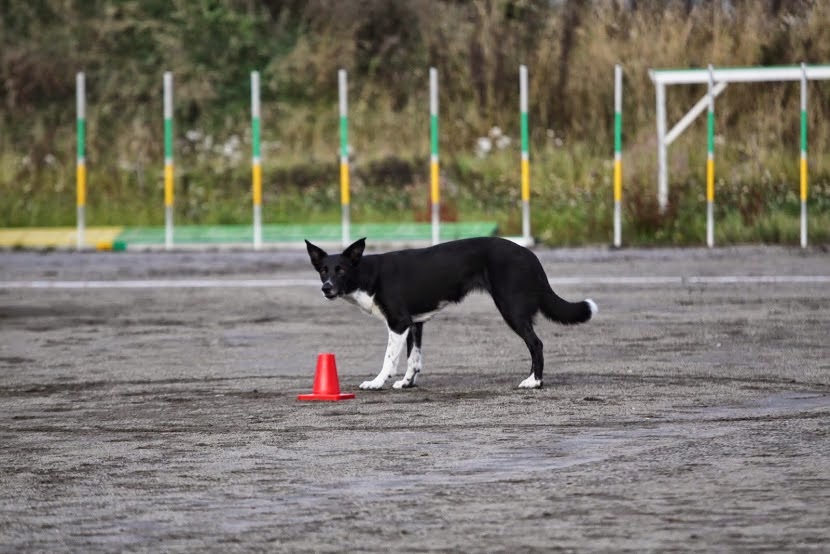 All pictures by Sirpa Saari. Thank you a lot again!! These pics are just super! 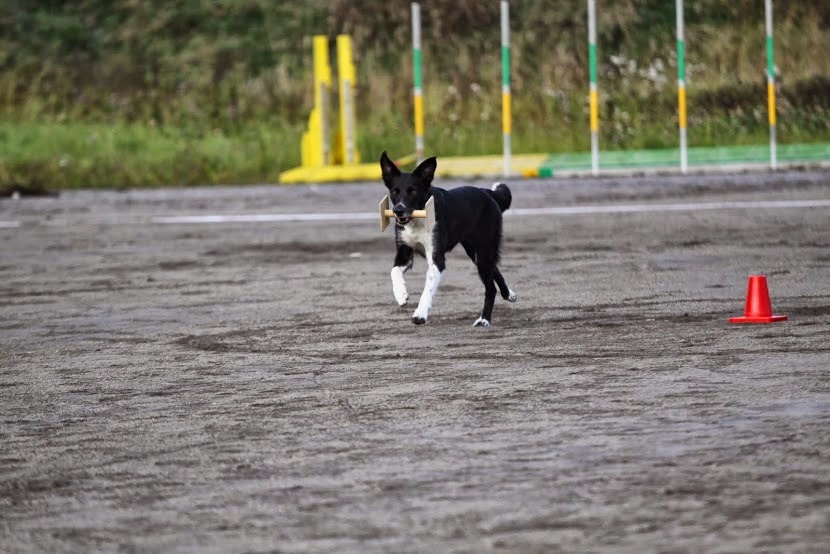 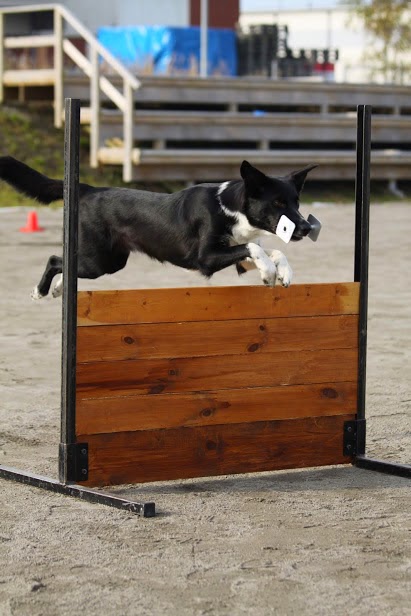 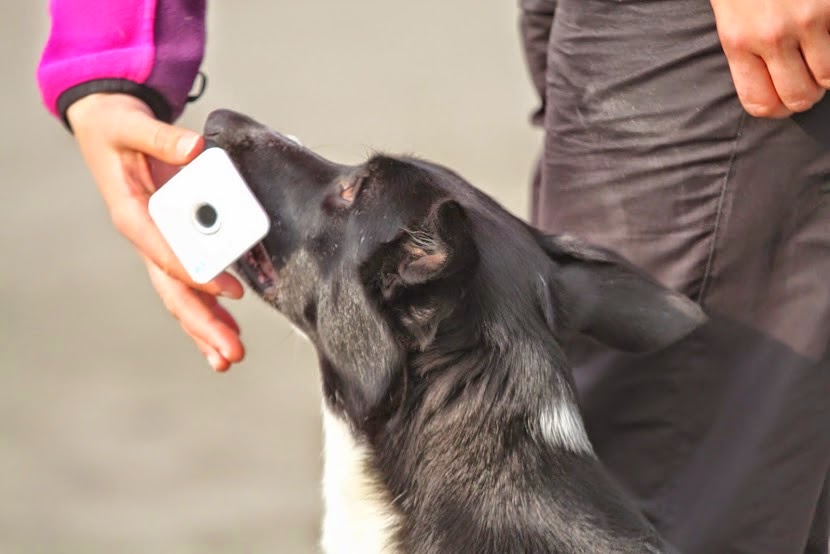 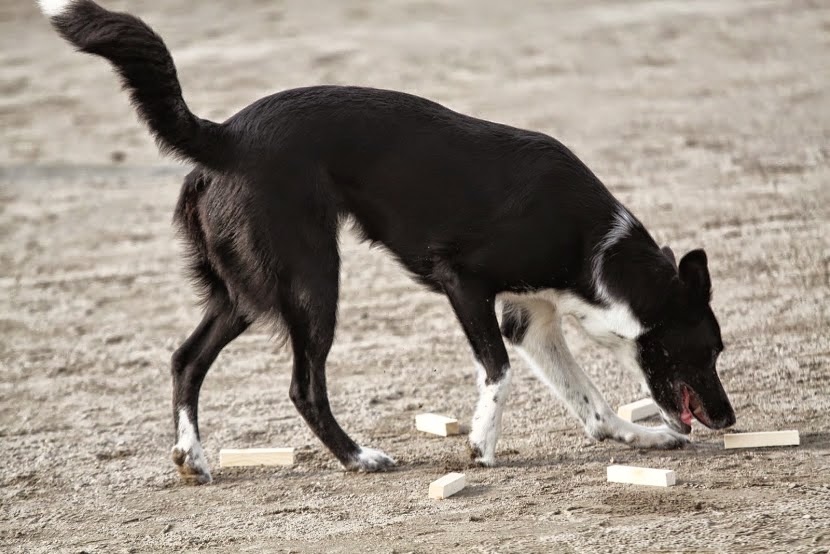 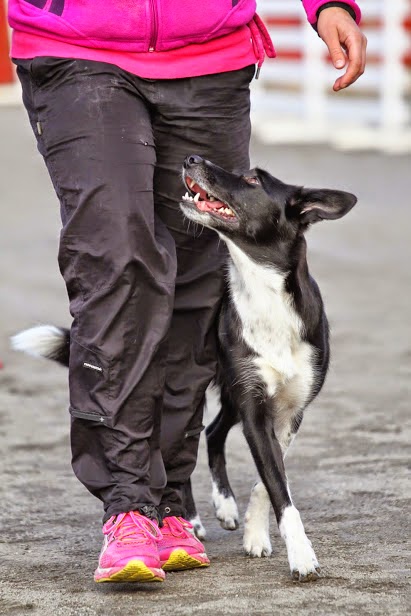 New goal in a tracking trial
Pixie has done tracking since she was a puppy. I have dreamed of going to a working dog trial with her. Her tracking is in pretty good shape. I need a little work on her stick work. Sometimes she runs too fast to notice the marking sticks that she need to find to get all the points. This week I worked on her working dog trial ob. She did her first jumps on 1 m jump with dumbbell. Pixie did pretty well. Her jump was strong and she didn’t hit the jump after a little touch. She also did the trial A-frame which is a 2 meter high and steep climbing obstacle. Pixie did with strong and wise work. She did it with nice speed and good controlled landing. Pixie did it well also with dumbbell. So I just need to get it all ready and I hope to get her a tracking title next spring.
Agility training Jaakko
After going thought the course I had a feeling that it could be done. I had maneuvers planned and I was sure Pixie would work like a charm. The truth was totally different. We started to work out on first four jumps and it felt like a nightmare. I was too fast, I was in a wrong place, I waited too long and sometimes too less. The flow that I had in mind was totally gone. I was feeling overwhelmed again. It felt like we couldn't make it even though it was a pretty simple task.
It took only few obstacles and I was in trouble again. My foot work in forced waltz was wrong and it made Pixie refuse from a jump. It was hard to think my foot work and still keep focus on the next task. I really have hard time to keep my mind and coordination in the same rhythm. Next problem situation was reverse turn that I did in wrong place or too so or even yet again with wrong foot work and body position. At this point I started to be totally whipped. I started to have enough of failing at this point. It really started to feel that I just have two left feet and really badly working concentration.
One error in my training came to action. Pixie read the course and didn't listen to my maneuvers. This is some that I done wrong. I have let her go to obstacles with so on so handling and I haven’t kept strict rules how to respond to my handling maneuvers. It’s not her fault. I just have used sometimes an easy way out of handling situations. I have let her read the course and not to really pay attention to me. I have let her fly with bad handling if it has work in that situation. This has cost me that sometimes she reads the course more than she listens what I say because haven’t kept clear rules what my different movements mean.

This was a hard training mentally but I can go back and train some more. We still have a goal. Even the road to it seems to be painful and hard from time to time.
That's for now!!
MLPF
Posted by Marianne_A at 12:33 PM