Lots of thoughts of different things

After a perfect competition we had a bad one. I wasn't in a right mood and my concentration was just terrible. Our first run from last weekend was quiet good. We got one fault from A-frame. The last two runs were just terrible. I was late and Pixie took off  from start line too early... Just a messy runs from both of us. Sometimes there's just bad days.

I wrote a few line to my mental training diary. I have get some tools handle the days that everything seems to fall a part. I hate to have a weak mind that makes competing sometimes really hard. Pixie is also dog that really senses my weak moments. She becomes much stronger in the track and usually doesn't stay in the start lines. To me it feels like she takes the control in the run. The truth is probably that I'm not in the moment at the time and I'm concentrating enough to make proper handling. Either way those kind thoughts and feeling must be change to better so that we can succeed even if day hasn't gone too well. So work work and work!!

Now I have been working on our A -frame a few days. I have done clicker work make Pixie come lower to the contact zone. I have done repeats with no vocal commands and rewarded correct running. Pixie has improved a lot. Only problem is that she isn't doing it on a competition drive. I have done different handling maneuvers and running fast in front of her but she doesn't go to the high drive that is in the competition. I guess I must do some training in the unofficial competition. Still lots of work in that area. It hard to correct errors that I have made in progress of teaching her a running A-frame. 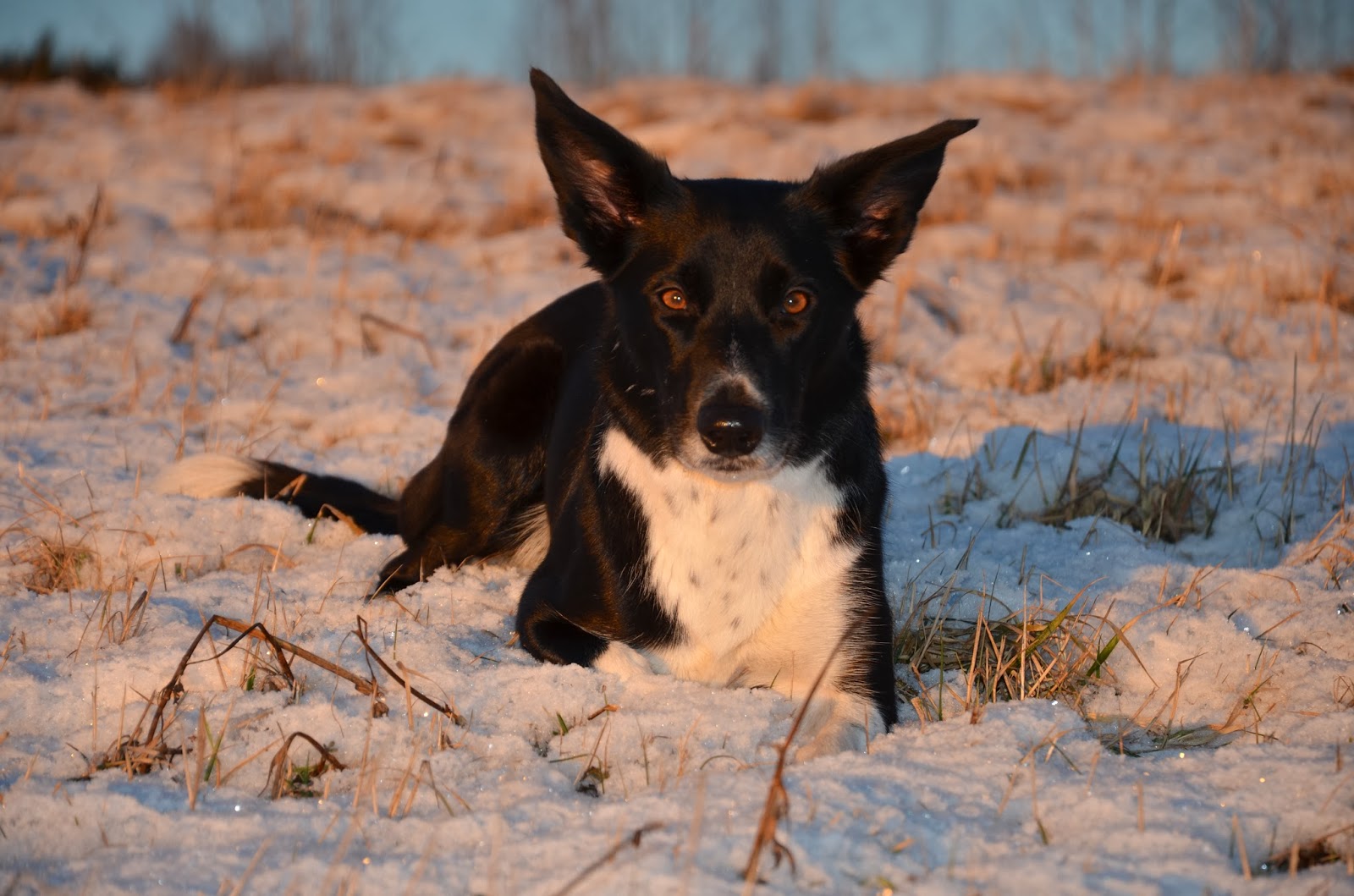 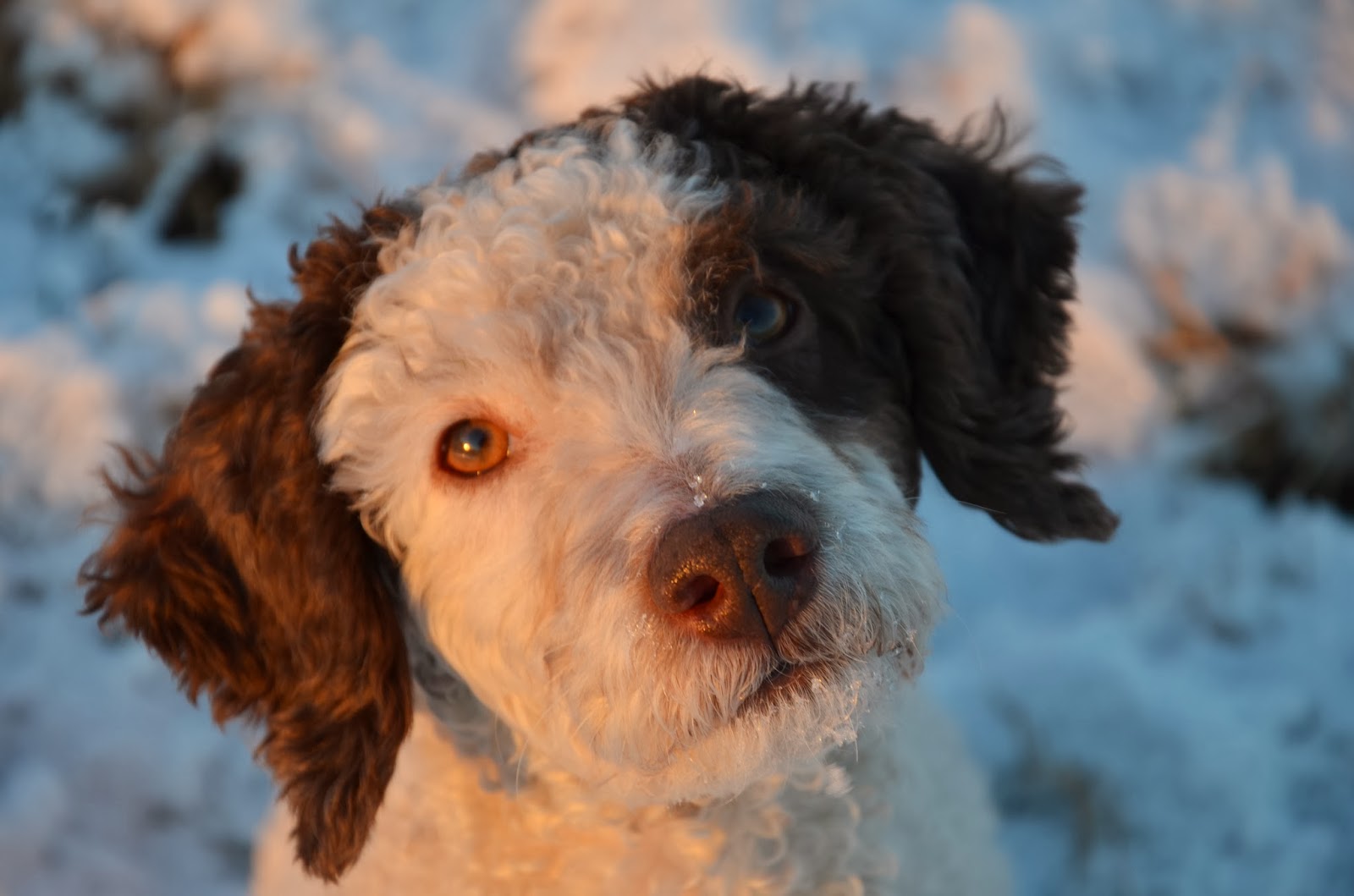 There have been a lot talking about puppy training in Finland and in abroad. How to train, what to train and when to train? Especially in agility there is debate should you train with a puppy. I can only speak about what I have learned from my dogs and what I have seen around me. Louise started her training carrier in search and rescue work and started to do agility in the age of 1 year old. Pixie started to do some work with agility obstacles right away. This meant going trough tunnels and shaping going trough jump wigs without any bars. At a age of 7 months she went to a puppy jumping session with Vappu Alatalo. In the end Pixie did some small agility courses around age of 8 months with bars between the jumps. So in the end Pixie was almost ready agility dog at age 1-year-old besides the bars which where still maximum of mini height and slalom which was started at this point.

So what did I learned? I think the jumping technique part was best of it. In early age I started to do course work way too early and she learned to run like maniac. I should have waited to until she was old enough to do courses with high bars at age of 1,5 years old. I still work on Pixies turnings and movement with high bars. Did I felt that I did things too early? I think I could have waited for many things but in the end I did listen to my dog and she developed nicely.

This was the agility part which was only once week or less after Pixie turned 6 months old. We did a lots of other training stuff that helped us in all our sports. In the end I was in speed teach her new stuff and she was with us the competitions. I should have done some basic socialization more with her. Things that she could just look, smell and discover. I did take her to different places like train stations etc. but should have done all this with more time and really been in the moment. Pixie turned out to be a dog that you can take anywhere but I think I could have done better.

Second thing is OB. In Finland high level dogs are usually OB CH at age of two years old. Doesn't it sound early??? Do you really built long lasting competition partner if it knows everything all ready in the early age? I don't now the answer. I just learned my mistakes that I did with Pixie. She learned everything so quickly and I started ask too much of her especially when it come to heal work. I didn't build the idea of super trick and still she thinks its quiet stupid work...Pixie is little calmer bc but is it good to built the dogs ready too early? Or is just a dogs personality issue? I think its little bit of both. It's important to learn to what is dog like. It's crucial to know you dogs personality to be able to train it right way and at the right time. You can not do what everybody else does. You must learn to see what you dog need. It's easy to said than done.

All these thoughts have come to my mind because of Freya. I hope make some changes again to my training plan and the most important is the socialization part. First few weeks I build a dog for the rest of my life so I will make sure she see different things and learns that life is cool. After she has got a super foundations in life skills we have the rest of life learning skills for sports. First year is learning live in this world and the few weeks on sensitive period in the new home crucial to build bond and trust to me and world around her. I hope that I will a better jobs yet again than I have done before. It's never going to be perfect but I can always use the things that I have learned from the past. I can't wait to start writing another story of wonderful dog.